Why Large Companies Struggle With Leaned

Why Large Companies Struggle With Lean

To compete against startups and other disruptors, large companies need new approaches to innovation.

This article is part of an MIT SMR initiative exploring how technology is reshaping the practice of management. 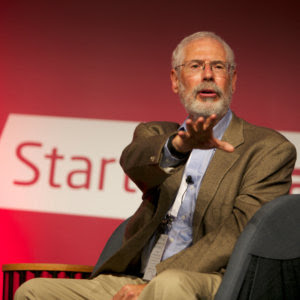 When serial entrepreneur Steve Blank published his first book, The Four Steps to the Epiphany, in 2005, he had no inkling that it would become a founding document of what’s become known as the Lean Startup movement. But 15 years later, Blank’s ideas about customers and how to create minimum viable products have been embraced by startup entrepreneurs everywhere — and, increasingly, by leaders of large corporations and government agencies.

Blank, who has founded a string of startups in Silicon Valley and currently teaches and lectures at Stanford and Columbia, worked with the National Science Foundation to design a program called Innovation Corps (I-Corps), whose goal is to help scientists in universities commercialize their research. Using an approach he developed called Lean LaunchPad, I-Corps combines experiential learning with the best-known building blocks of lean startups: the business model canvas, the customer development model, and agile software development. Today, the program is offered at more than 100 sites around the country and is credited with accelerating the formation of hundreds of companies.

This page contains a form, you can see it here

Large corporations, however, have found that applying the principles of lean can be more complicated than they expected. MIT Sloan Management Review correspondent Frieda Klotz spoke with Blank about the current state of lean management and what he thinks the next set of challenges for innovators will be. This is an edited version of their conversation.

MIT Sloan Management Review: What problems were you trying to solve with lean?

Blank: The Lean Startup methodology was developed in response to a view that startups weren’t just smaller versions of large companies. The advice many startup founders received was that they should use the same tools that big companies used: business plans, five-year plans, and executing as though they were working with clearly identified customers and products. But it became clear that these assumptions were fundamentally incorrect. Startups weren’t smaller versions of large companies. The first derivative of this was that [small companies] needed new tools to do something very different, which was not to execute known business models, but to search for new ones.

Your early focus was squarely on small companies, but interest in lean has spread considerably. Has this surprised you?

Blank: When I wrote Four Steps to the Epiphany 15 years ago, I was focused on startups, not corporations. I had no intent other than to provide a tool set to early-stage entrepreneurs. But after my Harvard Business Review article was published in 2013, a flood of corporations raised their hands and said, “We’re getting disrupted. This is great — let’s do this!” I never meant to change corporations. I meant to change startups.

What’s the problem? Is it the principles, or is it how big companies have implemented lean?

Blank: Big companies typically do a bunch of things. It’s become a fad — they set up incubators, implement lean processes, and create minimum viable products. That’s great! But then the leaders ask, “How come we haven’t moved the needle or seen better revenues or profits?”

Most corporate accelerators and incubators are trying to duplicate a process they don’t quite understand. They create a series of innovation activities, but they don’t create an end-to-end process to deliver products and services. To make innovation an integral part of the organization, it needs to be owned by the appropriate units. There needs to be a vision of how the incubator either delivers through existing units or turns into an independent entity. My guess is that in 90% of the cases, companies haven’t developed a clear route from the incubator’s output to the delivery channel.

It seems that an important element of success with lean involves leadership.

Blank: That’s right. What kinds of people generally end up running large corporations? Are they innovators or are they executors? In most cases, I’d say they’re executors — people who are great at process and procedure and know how to manage thousands, tens of thousands, even 100,000 people. When the same business model was in place for decades, this worked fine. But now the environment has changed. Having a world-class executor at the helm probably means your company is going out of business.

Was this what happened with General Electric’s attempt at lean?

Blank: To me, GE was an anomaly. It failed at the thing it was supposed to be great at, which was execution. Managers at GE lost sight of their core businesses — transportation and power — which is where their revenue and profits came from. But I don’t think you can say lean failed. Lean was a highly visible initiative. They brought in Eric Ries to help. From the time he was my student, he’s been actively engaged with lean, evangelizing and popularizing the lean movement. But the initiative wound up being a distraction from what the GE managers should have been working on. I think it was a management problem rather than a function of the methodology.

That said, Eric and I disagree on how one should implement lean in a large corporation. Although I think GE was a good case study for implementation, it’s not an experiment I would have run. When introducing innovation and entrepreneurship at large corporations, one approach is to turn everyone into innovators — and that’s what the leaders of GE tried to do. But another approach is to acknowledge that most people don’t want to become innovators on a daily basis — they come to work to do a job. According to this model, some innovation can occur in existing divisions, but the more disruptive innovations ought to take place elsewhere.

At companies like Apple, Amazon, and Netflix, most people in the company are not innovating. They are showing up and going to work. GE management wanted to train everybody rather than ensure that leaders understood where [innovation] fit in the company and how they could rapidly deploy new products and services. To expect everybody in a company to be an innovator was a mistake.

What’s the takeaway for other big companies? It seems that you are saying that some aspects of lean, particularly in regard to large organizations, need to be retooled?

Blank: Lean, as implemented in companies today, is not wrong, but it’s insufficient. What’s missing is an overall strategy for innovation in large companies — what I call an innovation doctrine, which outlines how to apply and use these innovation methods in a way that delivers rapidly and continually. With the competitive environment becoming more complex, businesses have been casting around for solutions. Lean is an important component of a solution. But we need a bigger theory and set of tools.

Amazon has a version of an innovation doctrine with its leadership principles, and Netflix has its rules on employee culture. And other companies, such as [global investment manager] Bridgewater Associates, have their own heuristics that show how different pieces of the organization can deliver new innovation at speed. Extracting lessons from other companies can help large companies develop new ideas about innovation.

More than a decade ago, Michael Tushman and Charles O’Reilly popularized the idea of the ambidextrous organization. They said companies needed to know how to both execute and innovate. Back then, the notion that a startup could be a threat to a large company wasn’t something most people took seriously. But lately, we’ve seen startups with access to more money than many large corporations, at least for R&D, and equally important, they aren’t being measured by revenue or profit. Large companies are competing with a form of subsidized capitalism. All the constants that corporate executives could count on — brand loyalty, market share, distribution channels — are out the window.

We hear that you intend to explore some of these ideas in a new book. What can you tell us about your innovation doctrine?

Blank: The goal is to give large companies that don’t have a CEO like Jeff Bezos or Steve Jobs a set of tools to help them. The way I see it, there are four key layers. First, leaders need to agree on the context the company is operating in, which can be difficult. Second, they need to determine what they have to do in response to the changing context. Is leadership structured in a way that allows it to address the challenges? Is the board focused on fighting off activist investors by driving up the share price? Do they have processes and resources in place, or do they have to focus on acquisitions or access other outside resources to achieve their goals? Third, leaders need to assess their current processes relating to how people are promoted and how financial decisions are made. If they have been built around execution rather than innovation, how can that be fixed? And finally, what’s the company doing to enhance its current markets and to create new ones? This is where accelerators, incubators, and approaches like lean and agile will play a role.

Is there anything you wish had happened differently in terms of preparing companies to adopt lean?

Blank: I’ve spent a lot of time trying to diagnose why a process that works so well when 100% of a startup is focused on it doesn’t work as well inside a large corporation. In my view, there’s nothing wrong with the process. The problem, when lean is introduced in a large company, is that it becomes a discrete activity among hundreds. What companies really need is an end-to-end innovation process — something that covers everything from sourcing to problem curation to prioritization to solution exploration to incubation to delivery. That pipeline needs to be part of an overall innovation doctrine.

Frieda Klotz is a freelance journalist and correspondent for MIT Sloan Management Review. She tweets @friedaklotz.

How to identify problems worth solving

Artikel von Andreas von Criegern darüber, warum so viele Startups und Innovationsvorhaben scheitern. Due to a survey, 43% of all startups fail, as they are offering solutions nobody is willing to pay